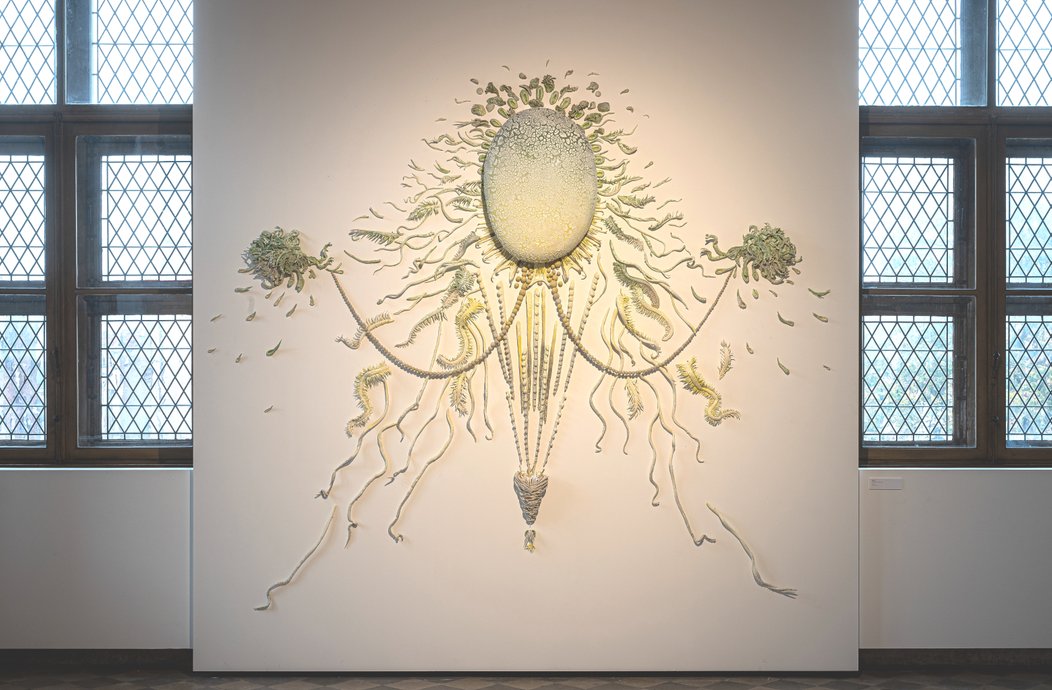 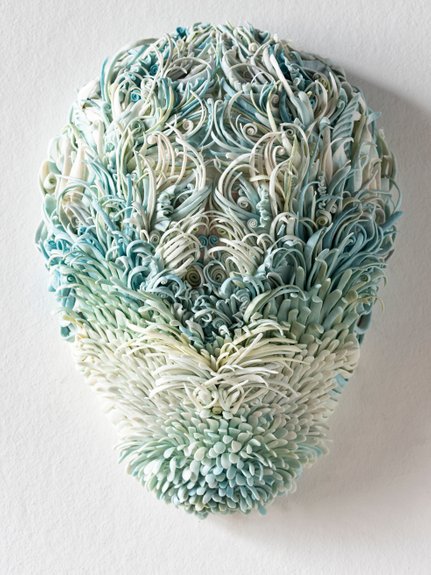 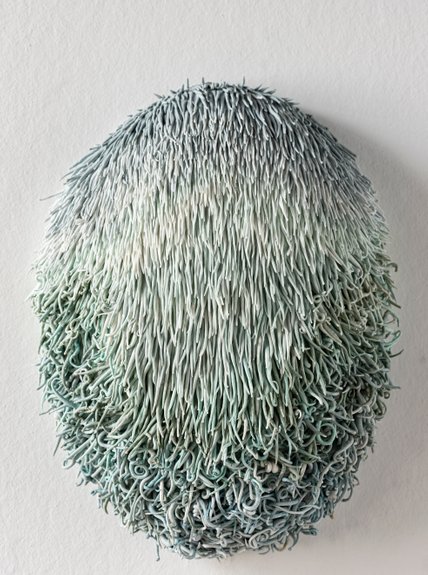 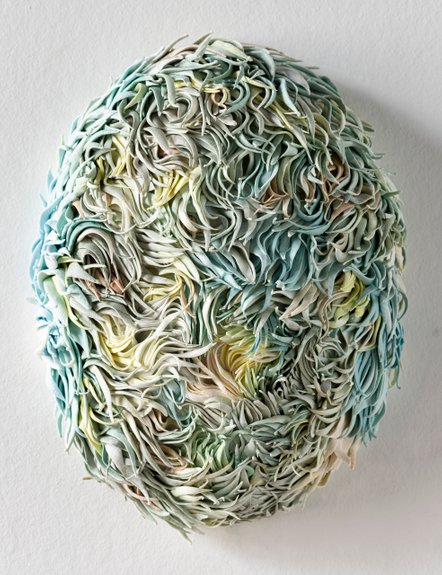 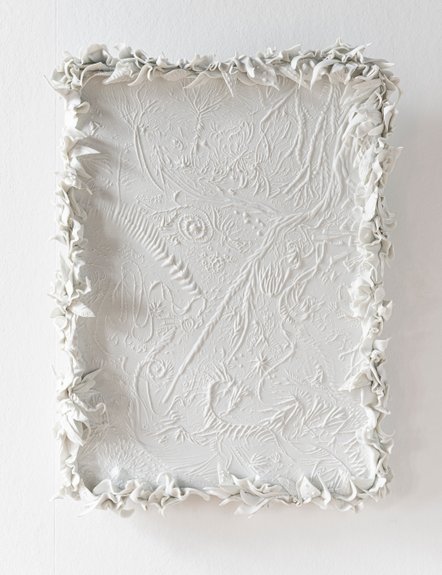 Joke Raes is an artist living and working in Belgium. She finished in ‘16 a post-graduate program at HISK, the Higher Institute for Fine Arts, in Ghent. Raes gradually found her place in the visual arts following an under-water exhibition in the Red Sea and a residency among indigenous people living deep inside the Peruvian Amazon.

Her organic drawings, sculptures and installations seem to come about without any effort but closer inspection reveals a dizzying level of detail: each work has been crafted with great care, suggesting an obsession with the surface and all that lies beneath.

She developed her ceramic artwork as an artist in residence at Sundaymorning@EKWC, The Netherlands, and one year later, she participated in an artist residency in Arita, Saga, Japan. Her works have been exhibited nationally and internationally in multiple exhibitions.

The way Joke Raes works at her fast expanding oeuvre evokes images of fertile soil that brings forth countless forms of life. Her drawings, sculptures and installations seem to come about without any effort but closer inspection reveals a dizzying level of detail: each work has been crafted with great care, suggesting an obsession with the surface and all that lies beneath. Her organic imagery has the visual abundance of the rainforest, of proliferating, wriggling nature where man is but one among hundreds of thousands of species – and yet she remains in full control, as if she borrowed the compound eyes from a dragonfly to keep track of her exact location even during the most jittery flight. Raes won’t lose her way in the labyrinthic lines of her drawings, she doesn’t seem to hesitate one second while she glues together thousands of plastic teeth – or hooks, what are they, these small left-over industrial elements that seamlessly fit with the feathers, the catkins and the seeds? Everything is clearly structured, finished into shapes that allows the viewer to construct their own story.

Several formal themes can be discerned in her work, like the imaginary line that divides an assemblage or drawing in two halves or corresponding spheres. The resultant pairs of mirrored images are full of tension and desire; Rorschach tests of difference and similarity. Raes frequently opposes inside and outside; filling and encapsulating; to keep, preserve, shelter, hide. A prominent place is reserved for the imaginative botanical forms that she is drawing, lasering, moulding, knitting and assembling. The roots and stems, the flowers, shoots, fungi and leaves, the stamina and seeds all speak of identity and a proper place; of exchange, pollination, embrace and symbiosis. Raes’ eclectic, tactile use of materials blurs the distinction between nature and culture – the concepts effectively rule each other out: throughout her work, man dissolves into nature while nature disappears at the hand of man.

Individual works can be read as urgent metaphors, liberated from the personal anecdotes sometimes suggested by the title. A drawing might be called Lost Lover – and you know, or assume, that something happened at the time. As beautiful as her work might be, Raes doesn’t necessarily tell us a pleasant story. Dynamics bring along resistance and stagnation and decay is always lurking somewhere; eating its way to the surface like worms, showing through the skin, hiding inside a fabulous exuberance.