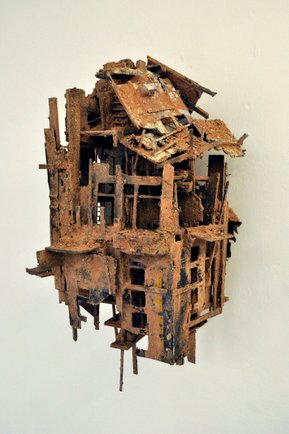 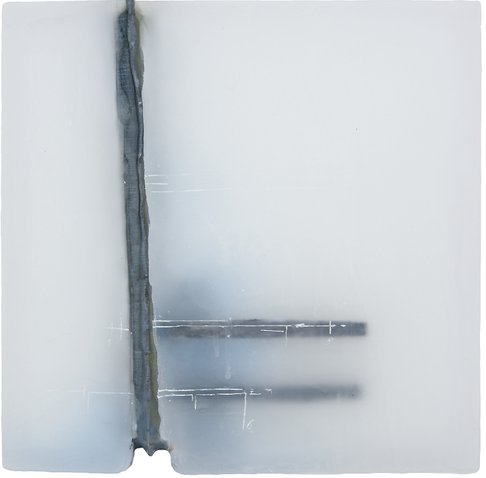 Pim Palsgraaf submerges himself a month each year in experiencing and using whatever materials he finds in an old, abandoned industial building. Wandering around he finds materials that inspires him to interpret, construct, make new structures as if buildings, cities can reproduce and renew themselves. His work often is about the energie cities have to grow, detoriate and over and over again rebuild themselves. To conquer its place, on the expence of nature.

Also in the works of Ulrich Haug the objects he finds on his way play a big role. Pieces of wood from the surrounding of the town he lives and works, Waiblingen (Germany), are calling for emotion and imagination. They become a secrative object, processed in wax. But he not only puts wood and metals into his wax-objects, often garnished with incised signs, but also crucifixes, This gives his works suddenly a totally different load and it makes us think about the meaning of this found objects. The artist clearly has to offer more than the aesthetics of his wallsculptures. 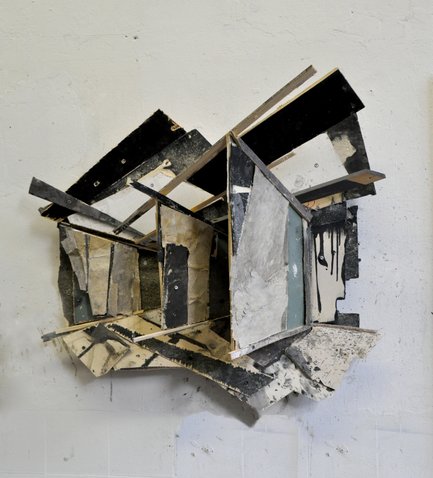