We are the machines, Boom#1 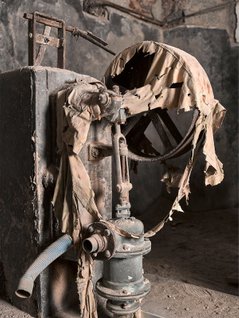 Christophoros Doulgeris was born in 1975 in Serres /Greece. He relocated with his family to Essen, Germany, where he got to know the German Photography School of Düsseldorf, a major influence on his later work. He studied sociology at the University of Crete, Greece, from 1992 to 1997. He moved to London in where he studied photography at the Camberwell College of Arts. He returned to Athens in 2003 and has been working as a freelance photographer ever since. He is focusing on magic realism, photographing either details of abstract and urban architecture or familiar portraits from his daily environment. The notions of land and identity are recurring subjects of his work. Christophoros was the “ Photographer of the year 2014” and the winner according to the photo competition organized by the Greek Magazine “ATHENS VOICE ”. He lives and works between Greece and Germany. 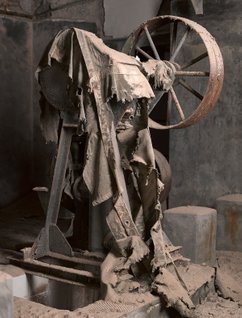